"It's a Match!" With Karlo Ressler 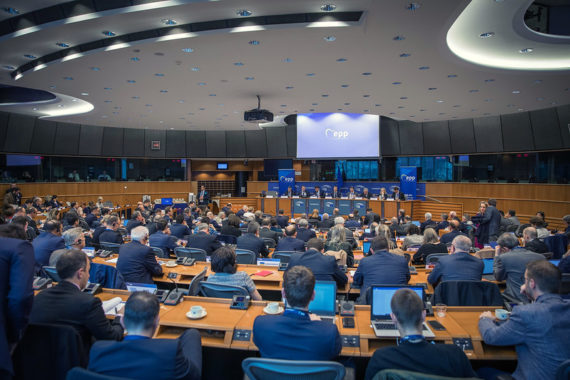 The members of the Political Assembly (PA) European People’s Party (EPP) met in Brussels on 3-4 February. In his opening remarks, EPP President Donald Tusk stressed there is a real need for a deep reflection and a new political vision for the EPP due to the new challenges of the mainstream parties. He proposed a special Congress be convened in 2021 dedicated to this issue. After having consulted the Evaluation Committee (“wise men”) and thorough discussions in the EPP Presidency, the EPP President informed the Political Assembly about the assessment that no sufficient progress has been made. Therefore, the EPP Political Assembly maintained the suspension of Fidesz. Foreign affairs was prevalent on the agenda. The EPP remains a strong supporter of democracy in Georgia, therefore the party is strongly disappointed by the lack of political will of the ruling party to resolve the current political crises. EPP urges authorities to meet the demands of Georgian citizens, civil society, the opposition and friends of Georgia. The EPP supports negotiations on the electoral system between the government and opposition, facilitated by the international community and calls upon the Georgian ruling majority to ensure the introduction of an electoral system that has the support and trust of all stakeholders and ensures maximum proportionality of parliamentary representation in time before the 2020 elections. The EPP call on the Georgian government to refrain from attempts to use the justice system against political opponents and to stop persecution of the opposition leaders. Georgia has great potential and it is in the interest of both Georgia and the EU that the country’s democratic achievements are not reversed. The PA featured a high level panel debate entitled “The Prevailing Circumstances in the Middle East: Implications for EU Policy in the Region” with Kay Bailey Hutchinson, Permanent Representative of the US to the NATO, Nikolay Mladenov, UN Special Coordinator for the Middle East Peace Process, Sami Nader, Director of the Levant Institute for Strategic Affairs and Bishop Paolo Bizzeti, Apostolic Vicar of Anatolia. The members of the PA adopted two resolutions. A resolution denouncing the critical situation in Belarus, condemning the abuse and harassment of protesters and the use of the death penalty in the country, calling for the implementation of freedom of speech and political rights. A resolution on the situation in Lebanon denouncing the absence of rule of law, the increase in corruption and the government’s failure to create growth was also adopted. The recent terror attacks in Ghent and London show the importance of remaining united in the fight against hatred and barbarism which have no place in society. Preventing radicalisation is a crucial part of this combatting terrorism. In the context of the Coronavirus pandemic, the EPP reiterates its support for European medical research and efforts to counter and prevent outbreaks, as well as to provide the best care for patients. The delegates of the EPP Political Assembly also re-elected unanimously Christian Kremer and Luc Vandeputte as Deputy Secretary Generals.

"It's a Match!" With Karlo Ressler